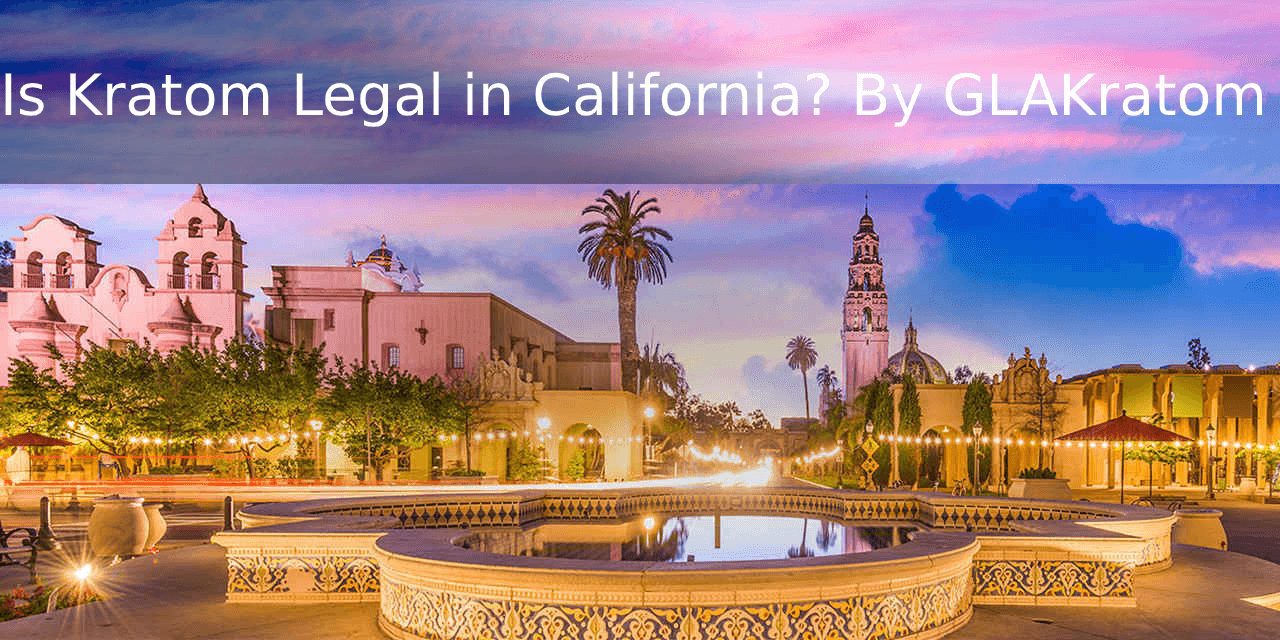 Welcome to California, known as the Golden State from the discovery of gold in 1848 along with the fields of golden poppies seen each Spring, home to the lowest AND highest points in the continental US. It’s also the third largest state after Alaska and Texas!

Is Kratom Legal in California?

Currently, Kratom is legal in the state of California, except for the city of San Diego. The San Diego City Council decided to ban kratom within their city limits in June of 2016. Anyone that’s within this ban, however hard it may be to not be able to have access to this plant, we recommend to not try to purchase, consume, or obtain kratom in any way. As this could put a bad reputation for users within areas it remains to be legal and give a reason to push for larger bans.

Along with the ban on Kratom, San Diego County also decided to ban substances that are known as synthetic and psychoactive drugs such as bath salts and spice. This puts the belief that kratom could also be a synthetic or psychoactive drug. Which is not the case at all, as it’s a natural grown herb.

Where to Buy Kratom in California?

There are quite a few smoke shops, herb shops, and gas stations you can find kratom at within California. With these options, it tends to be more convenient, but you can never know how long their product has sat on the shelf or if the kratom powder has additives, leading to a less than stellar product.

Kratom from online stores especially shops who, like us, import kratom from the source, tends to be considerably higher-quality and you tend to receive discounts. There are fewer people and steps involved in the process, so kratom is much more fresh when the buyer finally opens the bag.

Online vendors may also offer loyalty programs such as collecting points as well as regular discounts which can make buying kratom even more cost-efficient.

Not to mention, we here at GLAKratom are from Missouri, a state which fully supports and enacted the Kratom Consumer Protection Act, so you’ll receive the same guarantee as you would in any state with this bill.

If you?d like to see a map of the U.S. kratom legalities, as well as more detailed information on whether kratom is legal in your state, please refer to this blog post.