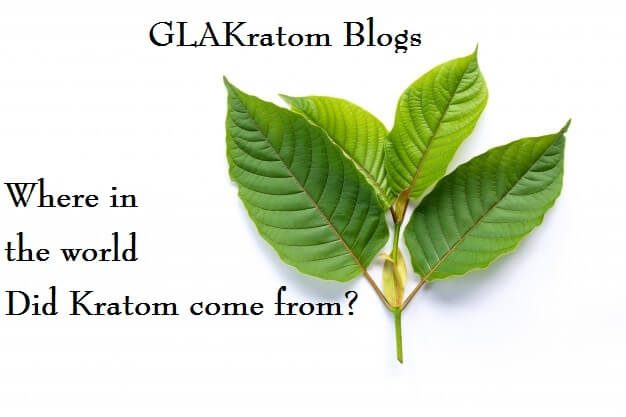 One of the most asked questions when it comes to Kratom is, who actually discovered it and where did it come from? Thankfully, it’s easier to find information about Kratom nowadays, thanks to the internet making it easier! We here at GLAKratom have went out into the deep depths of the web to answer this question and many more you could have!

When it was first discovered, Kratom offered the west a glimpse of an entirely new ethnobotanical with so many new exciting properties. Kratom didn’t blow up the foundation of modern-day medicine when it was found at first, but it has slowly built up, making a large impact in today’s society.

What Do We Know About The Start Of Kratom?

When we discuss Kratom being discovered in the early days, we know that one of the more important Kratom facts is, that by the time Europe and the Americas learned about Kratom and it’s uses, it had already been used for centuries by the indigenous people throughout Southeast Asia. This evergreen relative of the coffee plant grows extremely well in the wet and warm tropical environments found in the jungles and forests of the area. They’ve been largely created from volcanic eruptions and geologic upheavals, the soil of these areas is very rich in minerals that provide unique nutrient blends and have an acidic nature. This environment in nature can help encourage the growth of alkaline compounds in many of the area plants, including the two primary active ingredients of Kratom, 7-hydroxymitragynine and mitragynine.

The concentration of these two compounds is among the most important Kratom facts to consumers because it delineates the differences in Kratom strains. As the plant moves through maturity, the leaves shift in color from an almost translucent white through an emerald green to a dark red hue. These colors, when combined with the country of origin—which offers a glimpse of the Kratom’s nutrients as it grows—let consumers know about Kratom’s anticipated properties and provides a handy nomenclature for shopping, such as “Red Vein Bali Kratom“

For generations before its “founding” Kratom played a very vital role in the lives and cultures of villages that were located in these tropical jungle paradises. With medicine being handled by the local village elders, just as it still is today in some more remote areas, the pharmaceutical drugs that were already defining healthcare in Europe were out of reach geographically and more often, financially. Kratom was adored for its ability to promote energy, improve focus, and relieve stress or pain. These properties were established as Kratom facts by a populace with no other therapeutic recourse.

The Introduction of Kratom to the West

The nineteenth-century, much as the eighteenth and seventeenth before it, was marked by a drive among European powers to build global empires through the colonization of Indigenous peoples. The Dutch East India Service, now nationalized under the control of the Netherlands. Pieter Willem Korthals, the company’s official botanist from 1831 to 1836, is generally looked at, to be the first Western authority to study and document observations about the Kratom plant and it’s effects.

Korthals named the Kratom plant “Mitragyna speciosa“. It is generally believed that this is due to the resemblance of ripe Kratom leaves to a bishop’s “miter”; some have speculated, however, it may be a reference to the plant’s myriad of purported uses by natives, reminding him of the Mithraic cults which enjoyed a popular renaissance among some areas of Europe at the time. While he did not record his reason for the name, he recorded other Kratom facts based on his studies which were confirmed and built upon by British surgeon, George Darby Haviland.

While it may have been known in the West for some time, the Americas knew nothing about the wonders of Kratom. The spread of public awareness about Kratom came about in the wake of the Vietnam War. Operating “in-country” against Viet Cong troops, Americans learned about Kratom from the indigenous people residing there. Its reputation for increasing alertness and helping people endure the harsh jungles, made it popular with U.S. GIs who found themselves in an extremely dangerous, hostile jungle environment they were ill-prepared for. They quickly found that their experiences mirrored the Kratom discoveries as related by friendly guides and villagers.

Returning home after the war, some soldiers had returned with a kratom supply that sufficed, while others went about doing their best to create channels that could import Kratom from Southeast Asian countries friendly to the US. It garnered a somewhat small, but very loyal fan base that essentially went largely unnoticed by regulators and went over the heads of the media. This likely would have continued at a much more slow pace, had it not been for the rising healthcare costs in America.

As costs continued to rise, consumers began to seek out more natural remedies that were considerably more affordable. As a plant with generations of native use and decades of experience from passionate U.S. Kratom advocates more than willing to talk about the Kratom facts they knew, spreading knowledge about it’s effects, it was always bound to attract attention. For those who could not afford the high doctor’s bills and medication costs of the American industrial-health complex, it seemed like a potential solution.

While this drew more public attention, it also increased scrutiny and led to increased regulations. In response, American Kratom advocates are coming to the rescue by contacting their representatives, leading grassroots efforts to make Kratom facts available to the public, and pushing for legislation, such as the American Kratom Association’s Kratom Consumer Protection Act.

We here at GLAKratom support the American Kratom Association’s efforts, and would appreciate every valued customer of ours to look into supporting this act as well.

Category: Kratom Blogs
Tags: kratom, Origins of Kratom, Where did Kratom come from?