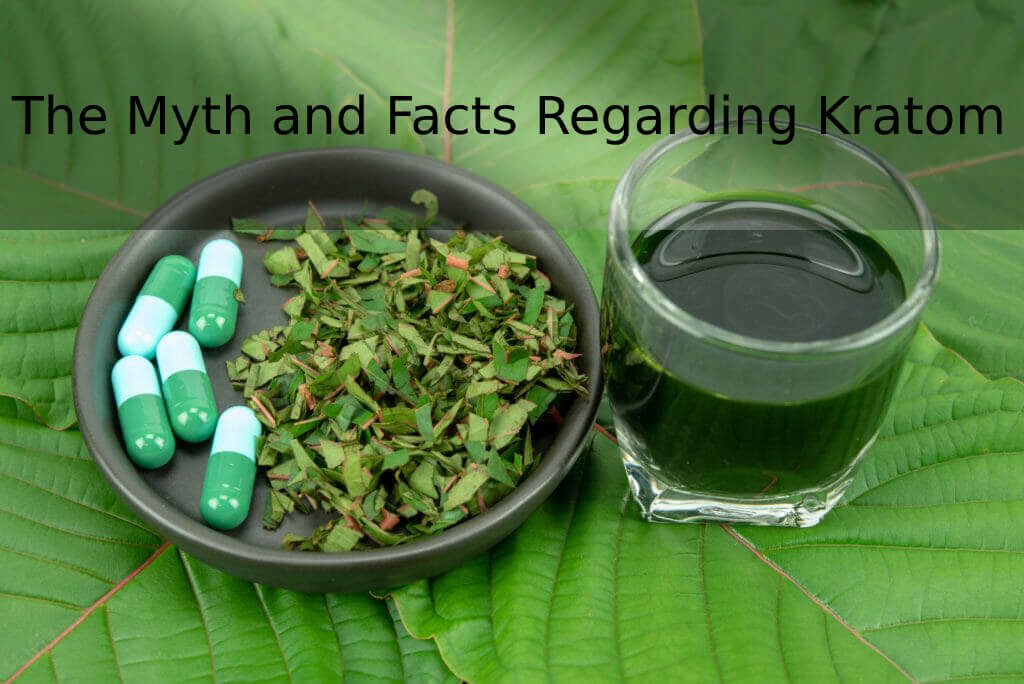 Kratom has been a useful instrument for traditional medicine practitioners tools for centuries. The overall consensus from kratom users say that many people feel a sense of well-being and calmness, along with giving optimistic feelings and motivation.

There’s been quite a bit of misinformation about the effects involving kratom, along with some myths that’s led to countries like Malaysia and Australia to ban it. In the US though, only a few states have banned this natural leaf, leaving most of the United States access to kratom.

Learning about what kratom is and isn’t can certainly help you make smart decisions when it comes to using it. Separating the myths from facts can help you pinpoint if kratom is a good botanical option for you and your lifestyle.

History and Facts About Kratom

Kratom, also known as Mitragyna Speciosa, first originated in the jungles of Southeast Asia (Primarily found in the Philippines, Malaysia, and Thailand). Kratom and it’s plant belongs to the evergreen family, and is very closely related to the coffee plant. When trees mature, they can grow up to 80 feet tall, containing large flowers and leaves.

The first actually documented case of someone using kratom in the West was around the early 18th century. Evidence maintains that tribal societies in Southeast Asia have been using kratom for centuries as part of their herbal medicinal regimen. Natives would chew the leaves, or dry them and crush to form a powder and drink as a tea.

Due to kratom’s natural taste, which is quite bitter, many of the natives would mix kratom with other ingredients, especially sweet ones. They’ve also been known to smoke the kratom leaves, which generally gives off lesser effects.

Why and Who Uses Kratom?

Many manual laborers, like farmers, would use some form of kratom to help them get through their stressful and hardworking day. Today, people use kratom for similar purposes, reporting that kratom promotes peace and a sense of relaxation. Kratom users continue to use this to help them relieve stress and start or end their day with a smile.

Manufacturing of Kratom in The Modern Day

Kratom sold by reputable dealers, such as GLAKratom, undergoes a rigorous production and quality control process.

Kratom can come either from the trees growing in the wild, such as forests and jungle in Southeast Asia, while other leaves come from certain plantation farms in the region.

Local Kratom harvesters ensure that the agricultural workers pick the leaves from trees at the perfect time, so the alkaloid levels and leaf maturity are at the correct points. Once the workers harvest the leaves, the laborers bring the fresh picked kratom leaves to a facility for drying. The process is different for each strain or color, and can sometimes be dried using the sun or indoor methods.

Type of Kratom and Their Effects

Many sellers of kratom use just that term, although some people refer to it as ketum, kratum, mitragyna, or the full name mitragyna speciosa.

Most retailers of kratom separate their strains into three main types, usually names after the colors; red, white, and green. Each of these colors have a slightly different alkaloid composition due to the drying processes, which leads to certain effects different users may be looking for.

A red vein kratom, such as our Red Bali, tends to give off euphoria, relaxation, and pain relief. It may sometimes lead to a sedative like effect, which is perfect for night time.

Green vein kratom powders, such as the Green Bali, is usually referred to as the “middle-ground” of kratom powders, as it’s not quite an energy giver like White Maeng Da, but it’s also not going to contain strong sedative qualities either. It’s a nice balanced mix between the two.

Many strains contain one or more colored veins, helping to achieve certain effects that users are looking for.

The Drying and Fermentation Process of Kratom Leaves

Red vein Kratom tends to be dried with direct sunlight or ultraviolet (UV) lights. Red veins go through a light fermentation process that lasts between 2-5 days, depending on the results you want to achieve.

Green vein Kratom is usually dried outdoors with direct sunlight, occasionally growers will take the leaves indoor for a short amount of time, depending on weather conditions at the time.

White Vein Kratom is made from drying out the red vein leaves indoors for a few days, afterwards taking them outside for a short amount of time to finish drying with direct sunlight.

Contrary to popular belief, even with the fermentation process or different drying of the leaves, the color of kratom while it’s fresh should always be a light green to dark green color. Never red, white, brown, or any other color.

Kratom use is habit forming, and may fall into a similar category. Consumers enjoy the support Kratom provides, they like the optimism and energy boost it gives off, along with the pain-killing and anxiety relief it can give off. Kratom is habit forming like coffee and sugar, but not addictive like some drugs may be.

Myth #2 – Kratom is Illegal in the USA

A few states, municipalities, and counties that have banned the sale and use of kratom.

There has been some discussion by the DEA to re-classify Kratom to a Schedule I drug, but currently as of this blog, this hasn’t happened. Kratom is not currently listed as a banned substance under the Federal Controlled Substance’s Act.

There was a report that stated Kratom caused 91 deaths from overdose between July 2016 and December 2017. In this case, all the deaths were reported to be “poly-drug use overdoses” which means there were multiple drugs found in their system. Kratom itself is almost impossible to overdose on, due to the amount needing to be ingested.

All kratom plants produce white, red, or green strains. Unlike cannabis, there’s no actual “strain” made from specific breeding to produce the different types of kratom.

Sometimes the kratom leaves can chance colors after harvesting due to the alkaloid profiles and other factors, like drying. The color changed in individual leaves can occur both during the plants life or the drying process. Drying techniques are the only real way to modify your kratom leaves. Red veins tend to be more common, while green and white tends to be more rare and made during the drying process.

Kratom has been known to some misinformed individuals that it’s an opioid-like substance, this however, is not true.

Kratom does target the same receptors in the brain that opioid’s target, they do bind to the opioid receptors, but they interact with them in a distinctly different way than classical opioids. See more here about why Kratom is not considered an opioid.

Quality distributors and stores like GLAKratom only receive Kratom from producers who follow rigorous production practices and safe handling, along with standard testing on products to ensure upkeep in quality standards.

It’s really important to understand fact and fiction when it comes to Kratom. Knowing about this information can help you decide on a company, along with just having knowledge about the product you’re taking. You can learn more about the types and blends of kratom, or just more facts by checking out our Kratom Blogs.

If you think you’ll enjoy Kratom, consider trying one of our sample packages, that way you can figure out what blend is perfectly suited for you.