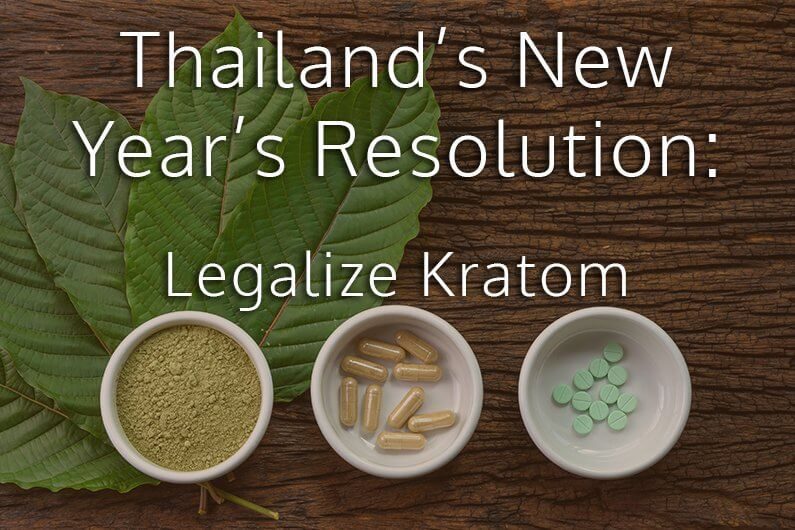 This last week, Justice Minister of Thailand, Somsak Thapsutin announced that his ministry is not longer taking kratom into consideration as a narcotic. He has plans to legalize this plant that has been used traditionally since 1836 in Malaysia, and in Thailand in the 19th century for opiate substitutes.

“Justice Minister, Somsak Thapsutin said on Wednesday (December 11) that his ministry would propose new laws related to narcotics in terms of type and legal penalty, and aimed to exclude kratom leaves from the drug lists.”

“To consider plants or chemicals as narcotics, the government referred to World Health Organisation (WHO)’s drug regulatory framework, which defined narcotics as having four characteristics,” he explained.

First, narcotics must cause effects on the users’ body like anxiety or severe dysentery, when they stop using them.

The properties of a narcotic, coming from This Article, state that substances with close to no medicinal use, will cause severe withdrawal, severe health problems such as emaciation, nervousness, emaciation, and the ability to no longer control themselves, also while having a negative impact on societies.

“Kratom leaves do not match those characteristics,” said the minister. “Those who use them can stop using it easily, and the leaves can be used as herb to relieve pain, fever, dysentery, or diarrhea. Also, it is better than morphine thirteen times in killing pain, and has a few disadvantages.

“I will proceed with this project as soon as possible, because this [legalizing kratom] will truly benefit society.”

Thai farmers and kratom consumers worldwide have reasons to be optimistic. This sensible measure could eventually open up another market for kratom production.

Currently, kratom consumers rely on legal kratom production in Indonesia almost exclusively. Though this is a lucrative market for Indonesia?s farmers, the Ministry of Health ordered a formal ban last year, giving kratom farmers a 5 year transition period. Other Indonesian government officials disagreed and pledged to fight the ban, as Mac Haddow explained in a July 1, 2019 AKA post. Haddow continues to meet with Indonesian officials in an effort to keep kratom legal there.

Get all your Kratom news here at GLAKratom.com