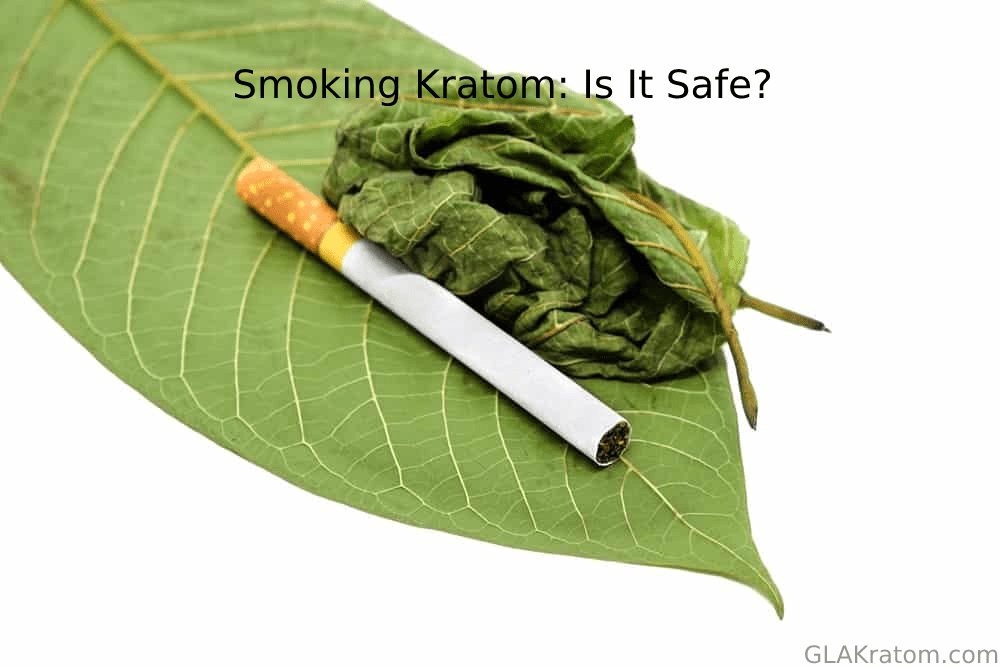 Smoking kratom is certainly possible, but we would advise against it. How come it’s a bad idea though? This is because taking your daily dose of kratom in this fashion can possibly have quite a few long-term side effects on the lungs and central nervous system. Any amount of kratom, especially large amounts of raw kratom leaves, can negatively affect the capillaries in your lungs when ingested via smoking. It would be best if you instead stuck to the tried and true methods such as kratom powder or kratom capsules, but let’s get into the blog and explain why!

Why Would Someone Smoke Kratom?

Kratom has always raised a number of questions. Since clinical trials are limited, many of these questions are left unanswered and left to speculation or personal experiences. When it comes down to smoking kratom though, we can look at a couple parallels to other smokable substances, mainly cannabis and tobacco.

Imagine an upside-down tree: The trunk at the top, branches are  the bottom. This is your respiratory system. The trunk represents the windpipe while the branches represent your airways, called bronchi. These bronchi eventually reach the air sacs, the fruit of the tree.

In the air sacs, you’ll find a plethora of capillaries: a series of blood vessels responsible for transporting oxygen and other chemicals to the brain, heart, and other vital organs.

When smoking cannabis, for example, these capillaries transport the active cannabinoids of the plant to the brain instead of oxygen particles, initiating the effects of these cannabinoids. With cannabis, users can feel effects as soon as 30 minutes after smoking. Compare this to ingesting cannabis through the digestive system, where effects can take up to four hours to reach the central nervous system.

These capillaries have a direct line to the central nervous system, which controls how our bodies respond to stimuli, including compounds such as kratom. Because smoking enacts the effects of a substance quicker than oral ingestion, users might be drawn to the fast-acting results of smoking kratom rather than using kratom in capsule form, for example.

How Does Smoking Kratom Work & Why is it a Bad Idea?

Dried, unprocessed kratom leaves are much less popular in the United States however, because the kratom plant doesn’t actually grow naturally within our borders. Some users may instead opt to try smoking kratom powder, which consists of ground kratom typically sold in capsule form.

Since most kratom consists of a loose powder, some users have reported sprinkling the powder atop other substances like tobacco or cannabis. However, doing so may bring about adverse side effects.

For starters, cannabis has more pronounced effects on the central nervous system, possibly canceling the effects of kratom when taken together. Combining kratom with tobacco, on the other hand, can be toxic over long term usage. Nicotine, the active compound of tobacco, can have potentially toxic effects on the liver. In a similar vein, it is inadvisable to ingest kratom alongside any substances that affect the liver in this way.

The Long Term Side Effects of Smoking Kratom

Users who wish to smoke their daily dose of kratom, like users who smoke other compounds such as cannabis or tobacco, open themselves up to a series of possible long term side effects.

For starters, human lungs are not biologically designed for smoke inhalation. According to the Centers for Disease Control and Prevention (CDC), “Smoking can cause lung disease by damaging your airways and the small air sacs (alveoli) found in your lungs.” Chronic obstructive pulmonary disease, known as COPD, is one of the most common lung diseases associated with smoking. Symptoms of COPD include:

Smokers are 12 to 13 times more likely to die from COPD than non-smokers, making smoking a substance like kratom more dangerous than you might think. Over time, your air sacs can become obstructed from smoking kratom.

Scientists have yet to conduct a single study on the link between smoking kratom and the central nervous system. However, evidence has long suggested that smoking cannabis or tobacco exhibits long term side effects on the brain. Keeping this in mind, it’s a possibility that kratom may have similar detrimental effects when ingested via smoking.

On top of all this, it’s difficult to really know how much kratom to smoke, meaning users may accidentally take larger amounts than initially intended. Substances affect your body differently when smoked instead of ingested, so it’s advisable to take only a reasonable amount of kratom through conventional ingestion methods.

A Safer Way to Ingest Your Dose of Kratom

Due to the extremely bitter taste, this is certainly not for everyone. This method is mostly used by experienced users, because it quickly brings on kratoms potent effects, being the fastest method.

The toss and wash method is exactly what it sounds like. You toss the kratom powder in your mouth, take a gulp of water, swirl it around, and swallow as fast as possible, in succession. It’s definitely not pleasant by any means, but you’ll thank me when that massive euphoria starts to kick in.

With the toss and wash method, you should be experiencing the effects in about 15 minutes.

Unlike kratom tea, you can’t do much to reduce the bitter taste of the powder. I have noticed using cold water or juice helps a bit, but don’t expect much of a difference.

If you do have the patience to make tea though, this is probably the best way to consume kratom. It’s not the most potent method because some of the alkaloids are lost to the heat, but it’s definitely heathier than smoking.

There are a variety of ways to make kratom tea. Simmering is the most common method because it preserves much of the alkaloids, but you can also make Sun Tea or cold brews.

Since kratom tea is in liquid form, your body will absorb the alkaloids pretty quickly. Just like when tossing and washing, you should experience the effects in about 15 minutes.

Do you value convenience over anything else? If so, kratom capsules are the best choice for you. Avoid the health risks associated with smoking, the time it takes to prepare kratom tea, or the powdery messes of the toss and wash. All you need is some water.

Capsules are made by encapsulating kratom powder in a vegetable capsule containing hypromellose, cellulose, and purified water. They do not contain any animal ingredients.

Unfortunately, the downside to kratom capsules is the amount of time it takes to experience the effects. Because your body has to break down the capsule, it may take anywhere from 30 to 45 minutes to begin to feel the initial effects.

On a brighter note, the kratom powder in the capsules retains all of its potency. Therefore, producing the same powerful effects you obtain when directly consuming powder using the toss and wash method.

With products such as kratom powder, capsules, and more, why smoke kratom? We do not yet have access to the necessary research, which could substantiate the act of smoking kratom, nor do we need an alternative to traditional ingestion methods: these methods already work, and if they aren’t broken, why fix them?

Make sure to follow recommended dosage methods and stay safe while still receiving your daily dose of kratom.

2 thoughts on “Is It Safe To Smoke Kratom?”